A downloadable game for Windows, macOS, and Linux

THIS IS ONLY A DEMO

Swallow The Blue is an eerie horror game set in a weird hotel plagued with bizarre beings and interesting characters. The game utilizes a never-used before environment alongside brand new horror mechanics, one of a kind graphics/art style, and an unnerving story with rich lore to create a unique experience for players.

If you really want to support me and my game, please purchase the game from my game page on Itch.io. If bought from Itch.io, I actually get all the revenue from my game. Steam takes a 30% cut, add taxes to that too, and I end up with only about 30-40% of the revenue of my game. Life isn't fair.

In this intense psychological horror 2D game, players are going to have to follow the set of rules given in order to survive. Players must also follow Sapphire Hotel's schedule, missing breakfast or the show will result in unhappy consequences. In between breakfast and the late night show, players have the time to go explore the mysterious floors of Sapphire Hotel in order to escape to the sane world again.

- Can be played with only a keyboard

- A turtle in the lobby

Being a stranger in the area not knowing the history of Sapphire Hotel, you decide to stay the night there. Greeted with friendliness and ease, the horridness of the place is unseen for the first night. Quickly after meeting the individuals and participating in the disturbing hotel activities, you realize you made the mistake of  your life.

I am Faris, one of the Euphoric Brothers. Addicted to creepypastas and making video games, I decided to merge both hobbies into one project, thus, Swallow The Blue was born. I have developed this game completely by myself except for some audio. Oh, and I am also a first-year university student. after releasing a small demo of my previous discontinued game, through the feedback I received, I realized that the graphics and atmosphere are what I should focus on, instead of trying to create an action fast-paced game.

Enjoying the story so far.

Thanks! Glad you enjoyed it!

Reminds me of my school... Seriously, though, the art style is extremely unique and really adds to the uneasiness of the whole atmosphere! Really interesting and will definitely check out the full release :)

This was really really really well done!! The art style gives it a real extra creep and you have absolutely nailed the psychological horror side of things. It made me very uncomfortable! I'm looking forward to the full release!!

Thanks a lot! First person to stream the game hope you actually enjoyed it!

I really did! You've done a great job!

Loved it! Best of luck with the full release.

Second, at the elevator nothing was happening. So I got out of the elevator to enter it a second time, and then the guy who was showing me the way to my room disappeared. There was nobody outside the elevator anymore and nobody inside either.

I really like the idea of the game and it has great potential, but you need to improve the way you script events and you need to make it clearer to the player what needs to be done.

For the game story you should probably use a finite state machine. You could have the "intro state", in that state the camera follows the player. When the player is close enough to the first guard, it could switch to the "GuardFromTheIntro" state etc etc. This way the events in your game will be easier to debug. For example stepping out of the elevator wouldn't have made the guy showing me the way disappear, he would have simply kept waiting in the elevator because the condition for the next state never would have been met.

Good luck with this project, you're using interesting game mechanics - I hope you keep working on it and improving it.

Yeah I see what you mean. Hmm maybe I gotta make the first part a bit more clearer. When you get to the elevator, you choose which floor to go to. Thanks for the feedback! 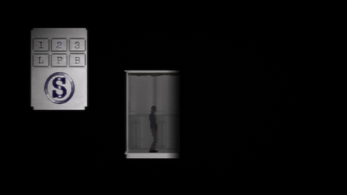 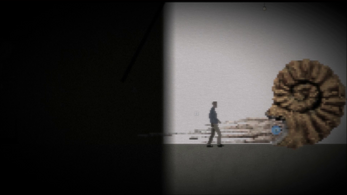 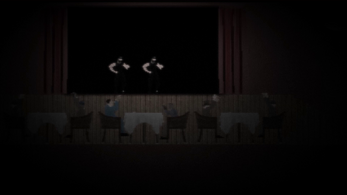 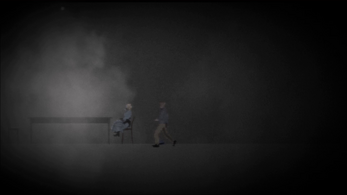 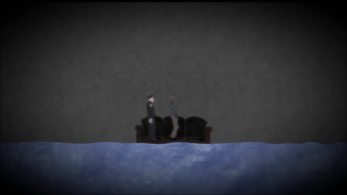 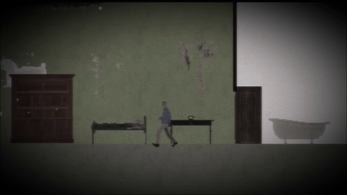